It was advertised as a town hall meeting. So, when residents showed up to a Free National Movement (FNM) event only to find out it was really a rally, attitudes shifted.

Bahamians have been eagerly waiting for an opportunity to come face-to-face with Prime Minister Dr. Hubert Minnis and ask him some tough questions. Others want an opportunity to tell him how they feel about his government’s near three-year performance in office. But, they’ll have to wait to do that because apparently the prime minister has his eyes set on 2022 and not some commoner’s concerns.

Minnis is something else. He’s like the pretty girl in high school who invites the handsome jock to join her under the bleachers for a make out session. But, once he gets there, she hands him a ballot and asks him to vote her in as prom queen.

So, to be clear, attendees got no make out session, but they were treated to the official launch of the FNM’s 2022 campaign and some Junkanoo music.

Minnis, unlike any other prime minister we have had, has mastered the art of the political dodge. Former Prime Minister Perry Christie loved to talk, so talk he did. To anyone with ears. But, to his credit, he responded to fans and critics alike.

Former Prime Minister Hubert Ingraham loved to dish verbal blows. Yes, he blew off the press at times with a sharp salute that mimicked a chopping motion, but if you riled him up sufficiently, he would respond in between raucous laugh fits and sharp rebukes.

Then, there’s Sir Lynden Pindling. Never confused for a pushover, he had a unique mental acuity that made him a master of speaking on his feet and he never shied away from a verbal showdown. See that legendary TV interview with Brian Ross for reference.

Minnis is different. He has proven repeatedly that he doesn’t like fielding tough questions. Sadly, he missed a golden opportunity to connect with prospective voters. If he thinks he can coast his way into a 2022 victory without talking to the people, he is mistaken.

He’s also incredibly presumptuous, as evidenced by his response during the New Year’s Day Junkanoo Parade. Reporters grilled him about his plan to implement campaign finance reform – something he promised in the run-up to the last election. His response? “I have seven more years.”

No, Mr. Prime Minister, you have a little over two more years, not seven. You only get seven more years if you win. And you have no way of knowing that you’ll win. So, unless you plan on buying votes or the entire Opposition dies from some mysterious waterborne illness, I don’t know how you can even factor in another term.

He only need pay a visit to his immediate predecessor to see that nothing is guaranteed.

Stepping In Front Of The Squad

There comes a time when a leader simply has to put himself before the firing squad. Minnis has successfully dodged tough questions throughout his leadership. He derides the media whenever they question him about certain issues, reducing their questions to insults. He has even been labelled anti-media.

I get it. The media were not kind to Minnis when he was in Opposition. Some of my media colleagues were downright offensive and out of order. So, I certainly understand his underlying unwillingness to deal with them. But, he is this nation’s leader. He has a responsibility to be forthcoming and transparent.

Those quarterly meetings that he promised? They still have not happened. The last we heard, he said they would take place when “the time is right.” I suppose the right time will be the months leading up to the general election.

Dr. Minnis has also backpedaled on or simply not delivered on a lot of his promises. Sure, he still has time, but there was a lot of low hanging fruit that he has not picked and served up to the Bahamian public, like election term limits.

During last week’s rally where his party launched what it dubbed its “victory train,” the prime minister took his usual anti-PLP jabs.

“Crabs can be very slippery, too and difficult to catch. But we know how to catch crabs. You have to be strong with them and cut their biters off right away. If you don’t clip their fins and their biters, they will t’ief everything under God’s creation.” Minnis said.

It’s 2020. Are we still doing this? Hoping to stir the masses with these silly allegories. Bahamians have woken up. The playful platitudes that politicians got away with in the past won’t do this time around. They didn’t work in 2017.

While there will always be diehard supporters who will vote along party lines regardless of what the party has done or not done, many voters now realize the power they have in their hands and won’t be placated by silly utterances.

The prime minister says his party has launched its victory train. He must remember that trains quickly run out of steam and are often derailed.

Hubert Minnis Loses Election: The End Of An Error 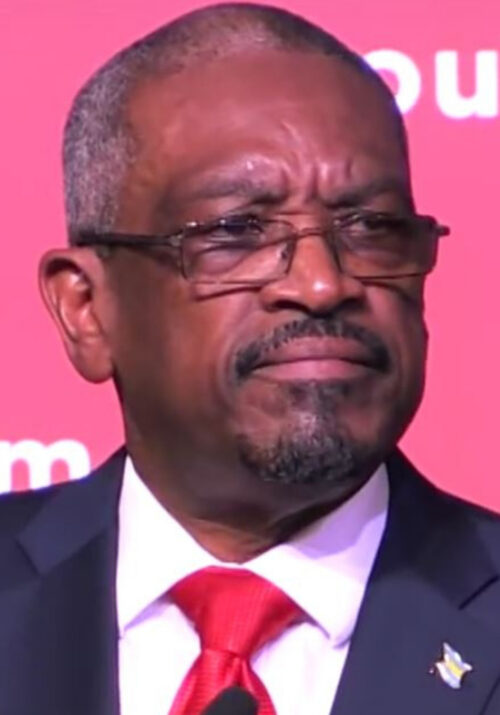