I used to be an award show junkie.

Every year, I would tune in to the Red Carpet Pre-Show on E! to watch the late, great Joan Rivers ask the stars who they were wearing. It was always fun to watch Joan struggle to keep a straight face as she witnessed the wardrobe monstrosities sashaying down the red carpet. That was always my favorite part of the broadcast.

My second favorite part was the winner announcement during the actual ceremony. Especially at the Oscars. It was there that you really saw true acting. This is the moment when the presenter says, “And the Academy Award goes to . . .” We, the viewers at home, are treated to multiple frames of the actors up for the award. But, the real treat comes when a name is called and we see the reactions of the losers. Especially the frontrunners who were gassed up into believing they would win.

Samuel L. Jackson famously dropped an s-bomb in 1995 after losing the Best Supporting Actor statue for Pulp Fiction. That was one of the realest reactions of all time.

This Saturday, I will go head-to-head with several of my wonderful media colleagues for the chance to win an Icon Award.

I received the nomination a few months ago for this column and was very grateful, particularly because so many other people were not nominated.

After the nominations were announced, I swore up and down that I was going to lose 15 pounds for the ceremony. Sadly, I gained six. I also promised myself that I was not going to allow anyone to gas me up into thinking I would win. I kept a very low profile and immediately started working on my losing face.

A friend of mine said he would never be gutsy enough to go to an award show because he would be too afraid of losing and having to sit graciously through the remaining ceremony after having lost.

That got me thinking. Why do we have to act graciously after suffering a public loss?

For those of you old enough to remember (and this was long before Kanye West’s “I’mma let you finish” speech), my rap mentor, Ol’ Dirty Bastard famously rushed the Grammys stage after his group, Wu Tang Clan lost Song of the Year to Shawn Colvin and John Leventhal.

For those of you who missed that speech, it went like this:

Hands down one of the finest speeches ever spoken from the Grammy stage.

I’m not prone to such outbursts, but Saturday’s event might be the exception.

I am preparing TV viewers and in-house security because if I lose, it’s going down.

Just so you know, I plan to wear sneakers underneath my gown and the laces will be loose to give me greater agility to rush the stage or at the very least, throw them at the winner.

I also plan to immediately begin the takedown process, if I lose. That means, if my hair is pinned-up, all of the hairpins are getting pulled out and dropped on the seat and floor. Shoes are coming off and I’m unzipping my tight dress because there would be no reason for me to sit there looking cute and tight-up after losing.

If Jerome Sawyer, my good friend and competitor for the night, wins, I promise you I am walking up on that stage and pulling a 2018 Ol’ Dirty Bastard. It will go like this:

Jerome, you’ve been warned. And I don’t know what children Rogan was for or referring to.

Since I don’t know if I will actually walk away with a statue or not, I’m going to take this opportunity to say the speech I would have wanted to give. So, here goes.

I want to firstly thank God for blessing me with the gift of writing. Years ago, I used to wonder why I couldn’t sing or draw like other people, but I realize now that He really did give me the perfect gift.

Secondly, I want to thank my family and friends for always telling me the truth and supporting me, especially Tomezie, Devano, Shaddy, Ebby, Ash and Tassie. Not my mother, though, because she’s a hater who didn’t believe in the dream. But, I will give her credit for telling me to stop talking about what I want to do and just do it. I love her to death and beyond.

I want to thank the Icon Awards and its organizers for staging this event to honor so many amazing Bahamians. I want to thank The Punch, especially Sonya Minnis, who greatly underestimates her contribution to my success. Without her, this column would not be possible.

Finally, I want to thank you, my sweet readers, who reach out to me often to say that I made you laugh or that this column made your day brighter. I love you like a fat kid loves cake. I appreciate all of you and I don’t take your support for granted.

There you go. So, even if I don’t win, you now know what I wanted to say. 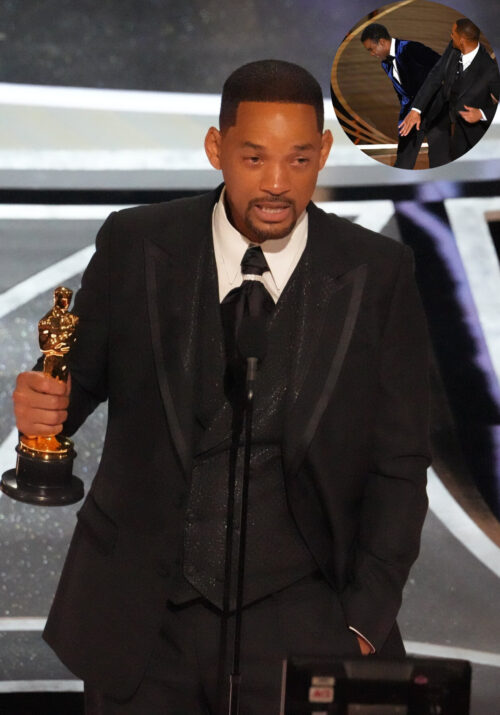