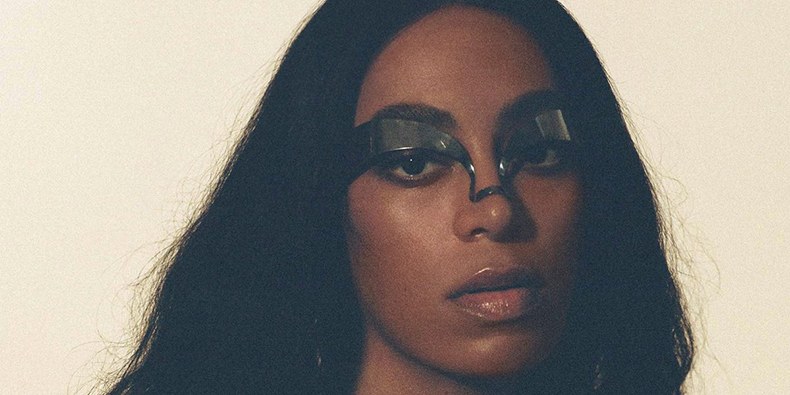 Solange: When I Get Home Album Review

If Solange Knowles’ latest album is what it feels like when she gets home, we can’t wait for her to walk through the door.

I have been a Solange fan since her second studio album, Sol-Angel and The Hadley St. Dreams. Even though it was released in 2008, its psychedelic, trippy and soulful sounds really transported me to the 60s and make me look at this Houston native in a completely different light. I thought it was really ambitious for the then 22-year-old. But, boy did she deliver.

I know it’s weird, but I rarely review albums, books, movies the minute they are released. I like the hype to die down, first. That way, I can listen with honest ears.

Released on March 1, 2019 as a follow up to her critically acclaimed 2016 album, “A Seat At The Table”, Solange has decided to veer ever so slightly to give us one of the coolest albums of the year. There’s no denying that this album is an homage to the city that raised her – Houston.

There are 19 tracks on the album, many of which are interludes. The longest song on the album clocks in at 3:56.

The 39-minute album isn’t that long, but it makes its point. As someone with a short attention span, this appeals to me. But, sometimes the songs are so great I don’t want them to end.

The album opens with the trippy “Things I Imagined”, which features prominent keyboards in the background and beautiful vocal progressions. Even if you didn’t see the title of this song, you would have no doubt about its title. That one line takes you all the way through the entire song.

Solange Had Gems On This Album

There are many gems on this album. I was first introduced to When I Get Home after hearing a teaser for Solange’s Binz. You absolutely cannot help but throw that ass in a circle when you hear the intro to this song. Solange’s angelic voice rides very nicely over the bounce-like beat of the drums. It’s the perfect twerk song. Get ready to hit the repeat button. This was one of those amazing tunes that could go on longer, but a part of me loves the fact that it’s so short. It gives just enough to make you beg for more. My favourite line is, “money never showed up on CP time.” For those unfamiliar with CP time, it’s coloured people time. You know we’re always late for something.

I’m so in love with this album. Besides Binz, my absolute standout tracks are Stay Flo, Sound of Rain and Way To The Show.

Let’s talk about Stay Flo. My God! It’s a straight light your blunt joint. I don’t smoke, but I would imagine that if I did, this would be the song I’d do it to.

Solange gives me straight Aaliyah vibes on this joint. It feels like something the late R&B singer would have created with Timbaland and Missy Elliott in the early 2000s. This is a good thing. Solange’s voice is so pure and mellow. Very chill. This song, along with Binz

Words Cannot Explain How Much I Love Sound Of Rain

Then, there’s Sound of Rain. Lord have mercy. I don’t even know how to put in words what I feel about this song. Let’s just say, it’s a serious vibe and I’m grateful that she included it on this album. It had me in my feelings. It was produced by none other than Pharrell Williams and exudes incredible energy. Again, she reminds me of Aaliyah on this track. Aaliyah is one of my favourite singers to this day, so I love that Solange is giving me those old school vibes.

Solange’s track, Way To The Show is also incredible. It really gives me 70s funk vibes. The tune is breathy, but incredibly controlled. My favourite lines are when she says, “you can get it, uh-huh, uh-huh.” The song is very sexy and sensual at the same time. Hands down one of my faves on the album. The video is also beautiful. In it, Solange, who presents like a hybrid of Diana Ross and her daughter, Tracee Ellis Ross, is ethereal.

Solange has managed to do what very few artists can do, which is separate me from my money. And it was money well spent.

Glad to have you home, Solange.

2 Replies to “Solange: When I Get Home Album Review”