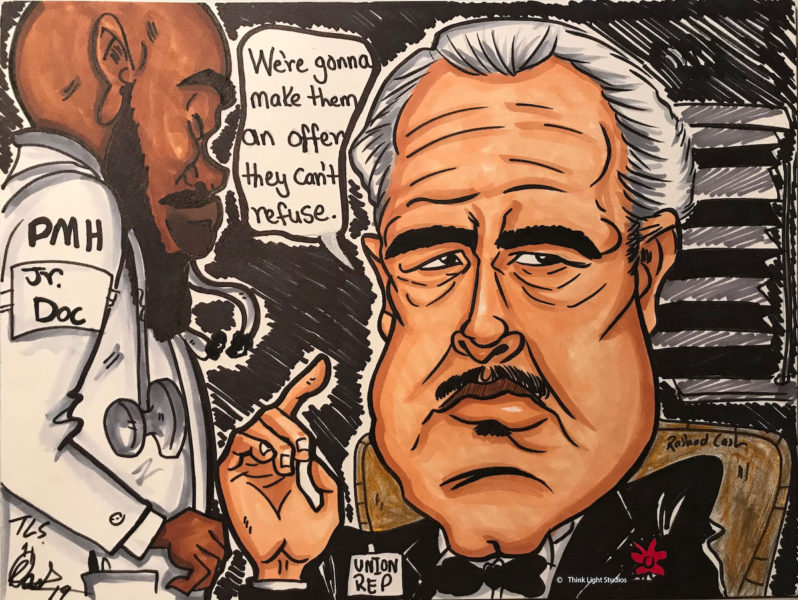 The strike is over and the doctors have returned to work. Good. Now, they can get on with the business of taking care of people instead of holding them hostage and making unreasonable demands of the government.

On Tuesday, the Supreme Court granted an injunction that compels the junior doctors to return to work. The attorney for the union that represents the doctors says Labour Minister, Dion Foulkes was wrong to refer the matter to the Industrial Tribunal.

It was all a bit anticlimactic given the heightened state of affairs that had transpired since the doctors took industrial action.

The doctors have been at odds with the government for years over unpaid overtime pay, among other things.

I’d like to think that the majority of Bahamians were very sympathetic to their plight. After all, no one wants to work overtime, not be paid and be forced to wait years to get it.

That all changed earlier this week after The Tribune published a headline story of the doctors’ wish list, which read more like a string of ransom demands. The only thing missing was a line item threatening to tie patients to a railroad track.

Junior doctors say they want real property tax exemptions, Crown land for the construction of an office, duty-free exemptions so that they can import vehicles or – I love that they give us a choice – a paid parking lot to be built at the Princess Margaret Hospital. And get this, they want the proceeds to be split between the government and the union. Well muddoes.

Let me break this down so that you can really see how ridiculous this is. The doctors want the Government of The Bahamas to fully fund the construction of a parking lot – to buy all the asphalt and other materials needed to build this lot, pay for all of the workers who will build this lot and then when it’s done and fully operational, take the money the lot will generate and split it with the union. There was no mention of splitting the costs.

They’ve Got Some Nerve.

The second demand I had an issue with is their desire to be able to bring vehicles into the country duty free. I think the doctors are forgetting a little something called precedent. If the government allows them to bring the cars in without paying taxes, guess who else wants to be able to do that: the teachers, who are already grossly underpaid, the police officers, who put their lives on the line every single day, the garbage collectors, who deserve a tax break given the fact that they do jobs most people would balk at, or the prison officers. Hell, I even want a tax break.

Dear Junior Doctor, things do not happen in isolation and the government cannot give you a tax break without the remaining government work force holding its hand out for those same concessions.

The BDU, in a document said, “As in practice in Jamaica, give doctors duty-free exemptions on one vehicle every three years. Grant exemption from real property tax. Crown land for the construction of the BDU office.”

I just love when we start comparing ourselves to other jurisdictions without telling the full story.

What Doctors Earn In Jamaica

Yes, Jamaican doctors do indeed receive allowances, overtime and other perks. But, according to the Jamaican Observer, those at the lowest level and working in the public health system clock between 90 and 120 hours a week for annual salaries that start at a little over $11,064 – that’s about $1.5 million Jamaican Dollars.

In The Bahamas, the average salary of a junior doctor is $48,000 a year. Their total compensation package brings it up to $80,000 plus the gratuity they receive. So, they are making, in some instances, more than twice that of a Jamaican chief medical officer.

In fact, in many instances, it’s those Jamaican doctors’ overtime that makes up their salaries, allowing them to live. We do not have that challenge in The Bahamas.

If the junior doctors would like for the Government of The Bahamas to give them what Jamaican doctors get, perhaps they should get all of it, including the low wages.

Complaints About Clocking In

Health Minister Dr. Duane Sands has said that some of the junior doctors who have complained about not being paid overtime refuse to clock in, as a result, the Public Hospitals Authority (PHA) could not monitor who should be paid.

Most workers in The Bahamas have to either clock in or sign a sheet saying when they arrive, leave for lunch, and leave at the end the day. What is the issue? This is especially crucial during the holidays when workers are paid double time.

One would think that the doctors would be happy to sign in to ensure that they get paid what they are owed.

What if the PHA said they only worked two hours when they worked eight? People, this is a non-issue. Clock in and put this issue to bed.

Let me be the first to say that I am not against our doctors earning more money. In fact, given the long hours and conditions they work under, I believe they should be properly compensated. But, this Goodfellas shakedown is not the way to go.

If there’s any consolation, it’s that the BDU has accepted the proposed payout of $5 million, which covers the period of June 2014 to October 2018, which will be paid to the junior doctors at the end of this month and again in December. They will get a third payment at a date to be determined.

Now, we’ll wait to see what the Tribunal has to say.