When I first moved to America, I had no job, no car, no career network, virtually no family, no friends and absolutely no idea what to expect in a country known as the land of opportunity.

Most of what I knew about America had been shaped by American media either through sitcoms, Hollywood movies or the news. And on TV it looked glorious, magical, free and rich.

I wasn’t a stranger to America. As a child growing up in my native Nassau, I often travelled to Florida with family members for shopping adventures or to go to Busch Gardens. You can thank The Bahamas’ proximity to Florida for that.

Later, as an adult, I decided to attend university in Georgia and later worked for a year. But, that stay was temporary.

That all changed in late December 2019 when I made a permanent move to Washington, DC, a month before the pandemic started.

During my near three years in this country, I often hear the jealous sighs of friends, former coworkers and even family back home in The Bahamas who remind me often that I am “lucky” to be living in the states. They, too, fantasize about ‘The American Dream’, and some have expressed that they wish they could move to America. But, in all honesty, they have no clue what it’s really like to live here.

For many immigrants, the opportunity to live in the United States is akin to hitting the jackpot.

America has done an excellent job at selling itself as a country where anyone can make it to the top with the right attitude and motivation. In many instances, that is true. We’ve all heard the rags to riches stories. But, there are also a ton of immigrants who relocate to the US who struggle – badly.

On my YouTube channel, I did a video talking about the many challenges that immigrants encounter after moving to America, which you can watch down below. I felt it was important to give a different perspective so that immigrants can know what they are getting into before packing their bags and heading here.

Believe me, it’s everything and yet, nothing like what you think.

So, with that being said, here are some real things you need to know about moving to America.

1. Don’t even think about surviving in America without credit

Cash may be king, but credit is the kingdom in these parts.

Just like the king is nothing without the kingdom, you need credit to make your cash powerful. There are places that don’t care if you have cash, they want to see a healthy mix of credit.

But, it’s a catch-22. Banks won’t extend you credit if you don’t have it and to get it, you need credit. Immigrants moving to America need to understand that.

I used to think that if I had a ton of cash in the bank it wouldn’t matter. But, it does. Banks, apartment complexes, utility companies, even department stores want to see that you have a solid history of paying bills. If you can’t prove that you do, they either won’t offer you credit, will force you to have a cosigner or will charge you and exorbitant amount of money in deposits and down payments.

You can get a job in America. But, is it the job you want? That’s the question.

It’s easy to find restaurant, retail and cleaning jobs in the US. Those industries have such a high turnover (and for good reason) that you can always find a job for quick cash. But, what about those high-paying jobs with great benefits? The ones with the sweet retirement packages and vacation time? Those are tougher to secure.

It gets even tougher if you’re in a competitive market, like New York, California, DC or Florida.

In addition to that, some job recruiters will not look as favourably on your foreign credentials as they would American ones, unless you graduated from Oxford University.

I have spoken to HR professionals who admit that they tend to stick with what they know. I say this not to discourage you, but to help you understand that you will have to compete with American candidates with local credentials. So, prepare for that.

It’s best to start your job search while in your country just to get a taste of what to expect.

3. It gets very lonely

You don’t know loneliness until you are far away from your home, your family, friends and culture. As I mentioned earlier, I moved to the US with virtually no family. Basically, I only had one family member. Everyone else was back home in The Bahamas.

Holidays can be especially tough. Americans are big on celebrating their holidays, particularly the ones that fall during the latter part of the year. So, if you’re going to be in the US alone or with just a spouse or partner, you may find that time of year a bit depressing.

It can also feel quite isolating when someone doesn’t understand your culture or you’re learning to navigate theirs. I promise that the loneliness will pass for most people. I suggest making a concerted effort to make new friends. It helps tremendously.

4. When moving to America You may have to deal with intolerance

In some way, shape or form, people will remind you daily that you’re a foreigner, and that comes with a great deal of intolerance, particularly if you don’t speak English.

In my video, I shared a story of a woman who I used to work with who had just moved to America and didn’t know English well. She tried hard to communicate, but you could see that she struggled with certain phrases. So, I would often speak to her in Spanish to help her out. Two of my other female coworkers would get upset with me for “enabling” her.

I asked those ladies if they had ever lived in a non-English speaking country before. They said no. I then explained that I had and that I had been grateful to people who helped me along the way by speaking English when I struggled.

I find there isn’t a whole lot of understanding or patience when it comes to immigrants who don’t speak English. Instead, there is resentment and anger. So, immigrants should be prepared for that.

Now, I hasten to add that if you plan on being in America long-term, you should make a serious effort to learn English. It would truly help you assimilate into society better.

5. Housing can be expensive

Depending on where you live, housing can be very expensive. I can’t stress this enough.

I’ve seen apartments in some pretty crappy areas in DC fetching $1,800 a month. That’s literally the equivalent to a mortgage. Before you move to America, truly save save save so that you can afford to pay rent and have a down payment for a home.

To make your money go further, I would suggest immigrants move to a small city instead of a big one like Miami or Los Angeles. That way, you could get your feet wet, find affordable housing and your money will go further.

America takes taxes seriously, and it takes you paying your taxes even more seriously. Many immigrants, like myself, come from countries where they don’t have the same types of taxes America does.

For example, in The Bahamas, we don’t pay income taxes. But, in America, we do.

Depending on your tax bracket (cutoff values for taxable income) you can be taxed pretty heavily. I will never forget years ago when I first got my paystub from my job in Atlanta. I nearly passed out. I felt like most of my money went towards taxes.

Full disclosure, I don’t know how to file my own taxes and my taxes are complicated due to different earnings. So, I let a tax preparation company handle that. It costs money, but it beats making a mistake and getting audited.

America, and more specifically, the Internal Revenue Service (IRS) doesn’t take kindly to people not paying, and they will go after you for their money, even if they have to garnish your wages. So, be prepared to pay taxes.

7. America has a lot of violent crime

America is a pretty dangerous place. It’s not uncommon to hear about a school shootings, church shootings or carjackings. While America doesn’t place in the top 20 Most Dangerous Countries in the World 2022, according to World Population Review, it does have a history of violence.

Perpetrators come in all forms, even the police, as evidenced by the killing of George Floyd.

If you’re from a country that has little to no violent crime, America can be a very scary place. There are states and cities, however, that have lower populations that rank among the safest cities in the US.

There are so many things I could say on this topic, and I probably will update this blog post at some point in the future. But, I wanted to share some important things that immigrants should know before moving to America.

I hope this post was helpful to you. If you have any comments or questions, be sure to drop them down below. 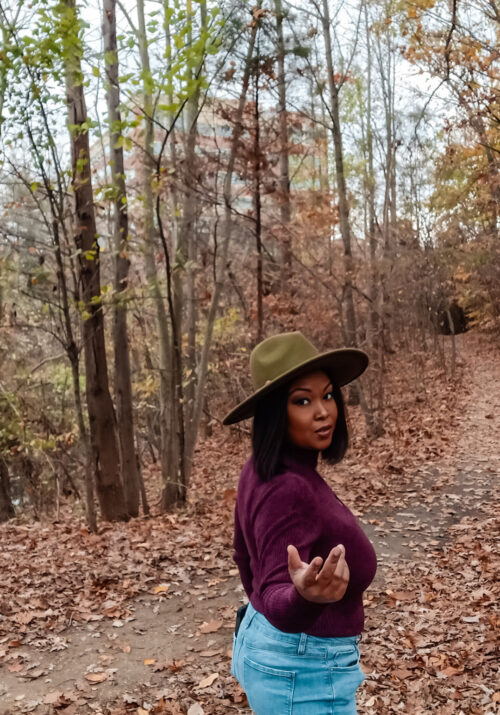 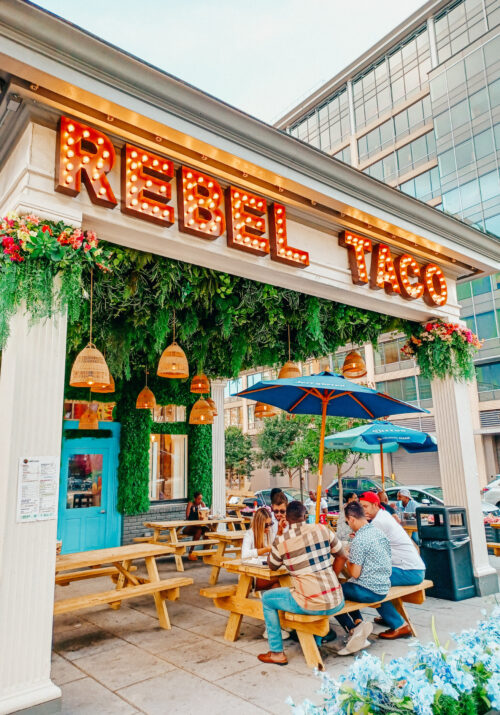