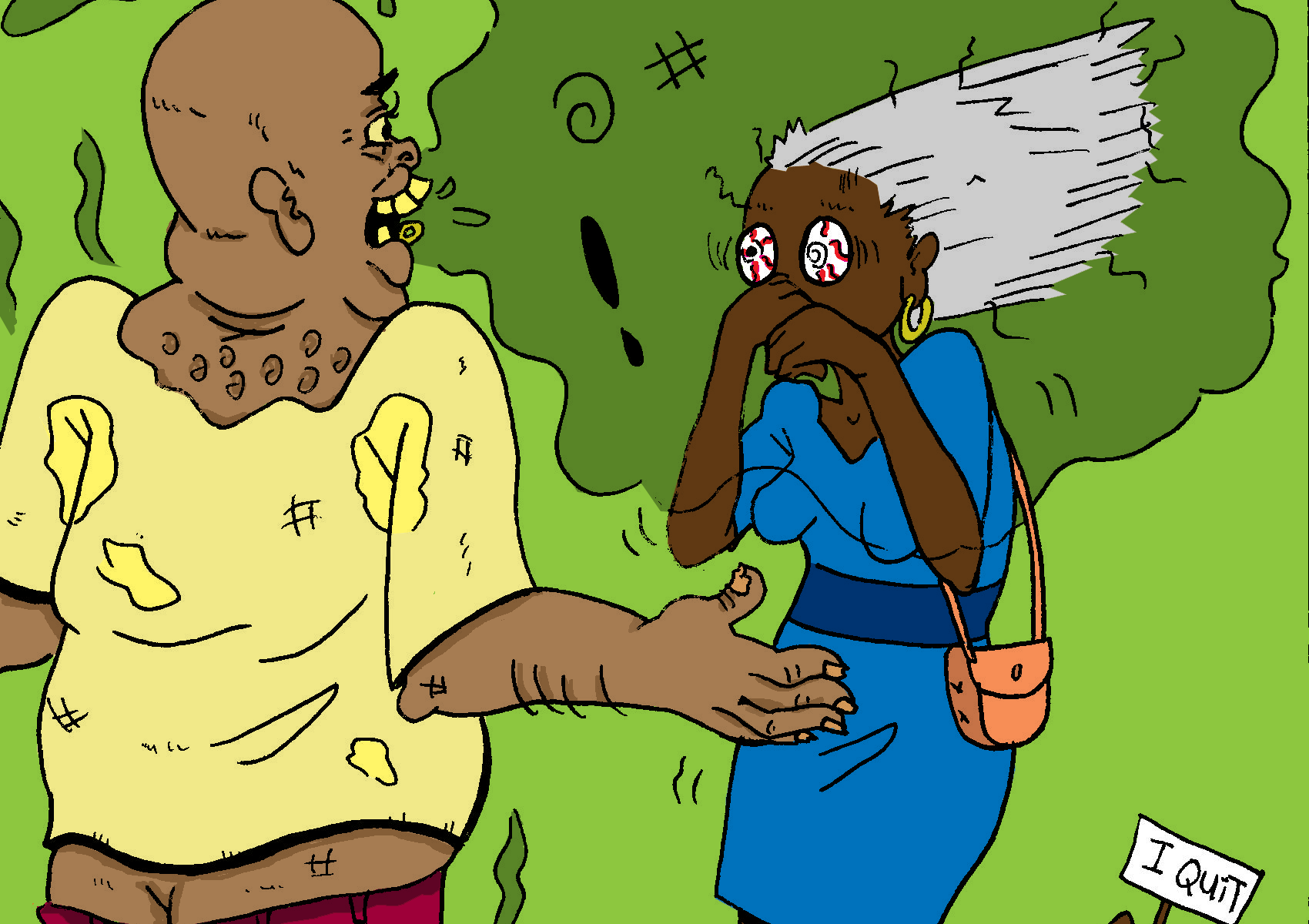 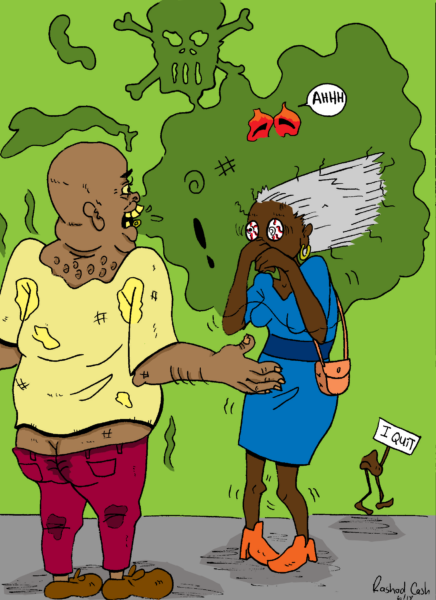 I have three simple rules in life: don’t ask me to borrow money if you don’t have a job, don’t ask to borrow my car if you’re not on my insurance and don’t talk to me if you have bad breath.

Anyone who knows me knows that I am paranoid about bad breath. I don’t know what unfortunate experience set me on the downward spiral I’m on, but it must have been brutal.

When confronted with the foul stench, I don’t know how to react. But, I usually instinctively hold my breath and pray to pass out on the floor. The only thing that stops me from hitting the ground is fear that the toxic avenger might have to give me mouth-to-mouth.

I have always had this strange ability to look at someone’s mouth and tell if it stinks. Sure, the white spitballs in the corners of their mouths and the three-inch tartar are dead giveaways, but I mean even in the absence of all of that, I can tell.

I know this is a sensitive topic to discuss on a Monday, but I think it’s time someone called it as it is. We have a lot of stink mouth people in this town.

We’re so busy talking about jumpstarting the economy and tackling crime that we’re not having this important conversation. Besides, those things take time. But, fixing this bad breath epidemic – that’s something we can do today.

I’ve never been shy about telling people their breath smells like monkey Pampers. I’ve always felt it was better to tell them than to allow them to go through life not knowing. But, after a while, it gets frustrating having to tell grown men and women that their mouths have an odor. How do they not smell it? It’s just two inches under their nose. But, I have learned that people with bad breath don’t know they have bad breath. They burned out the lining of their nostrils long ago.

I once worked with an individual who insisted on coming into my office and closing the door every time he wanted to talk. With every inch of that door’s closure, I felt my world closing in. Coworkers in the distance would peer through the disappearing slit in the door, staring at me as if it were the last time they’d see me. As if that weren’t enough, he’d then sit close and begin an hour-long complaint session. Making matters worse, there were no windows in my office! Sixty minute later, after he was emotionally spent and I physically drained, he left. I knew we had a problem when another coworker walked into my office immediately afterwards and asked if I had farted. If only I had.

How did this man not notice that I was uncomfortable? I gave him every social cue known to mankind. The only reasons I didn’t say anything is because A) I didn’t want to suck any of his breath in my mouth and B) If I had said something, he would have wanted to talk about it some more. I couldn’t risk it. So, I let it go.

If I had to calculate, I’d say that I’ve lost a total of six years of my life due to high levels of bad breath exposure and lost many a nose hair in the process.

I want my readers to know that this piece isn’t about bad mouthing people. It’s about helping people with bad mouths. I had a recent experience that precipitated the need for this column.

Hygiene is very important. There’s nothing more egregious than watching a person dressed to the nines, hair impeccably styled and the most expensive jewelry on their wrist, sashay into the room. Then, they open their mouths and your pupils dilate. You can’t look fresh and not smell the part. It shows you’ve got your priorities in the wrong place, and it also makes me question how you maintain other body parts.

Even worse is when the person doesn’t speak and you still smell their breath. The fumes are so strong that they escape through the nostrils. That’s what you call your next level breath.

If you really care about this country and want to do something that will positively impact it, then make a commitment to clueing people in to when their breath smells like a meatball from the 60s. You don’t have to actually tell them. But, you can drop some serious clues.

Every time they enter your office, get up and open the window, even if they’re stopping by to say the meeting’s about to start in five minutes. Do it. Then, start spraying an entire can of Lysol in the air. It must be the entire can. You will go through several cans during this process, but it will be worth it in the end. They’ll either stop coming into your office or they’ll realize they have a breath problem and fix it.

As a practice, I think everyone should always carry mints or gum in their purses and pockets. And, as a courtesy, if you happen to be offered a stick of gum, you should take it and chew it immediately while it’s in the wrapper. If you happen to be chewing gum when you are offered more gum, not only must you take it, but you should proceed to make a dental appointment as well.

I’m not a close talker by any stretch of the imagination. In fact, I have had colleagues present and past scold me for backing up every time they wanted to talk to me. I didn’t do it because their breath was bad. I did it because I have a personal policy that mandates that I give my breath a minimum distance of two feet from the subject. It’s what I’ve labeled the BDMD – breath drop minimum distance.  If you’re dealing with someone whose breath is potent, you may have to increase that minimum distance.

People, the economy will take some time to turn around, but it’ll get there. Crime is also going to take some work. But, today, I want you to make a commitment to God and to your nation, to not only think before you speak, but smell your breath before you speak. My nostrils thank you in advance.