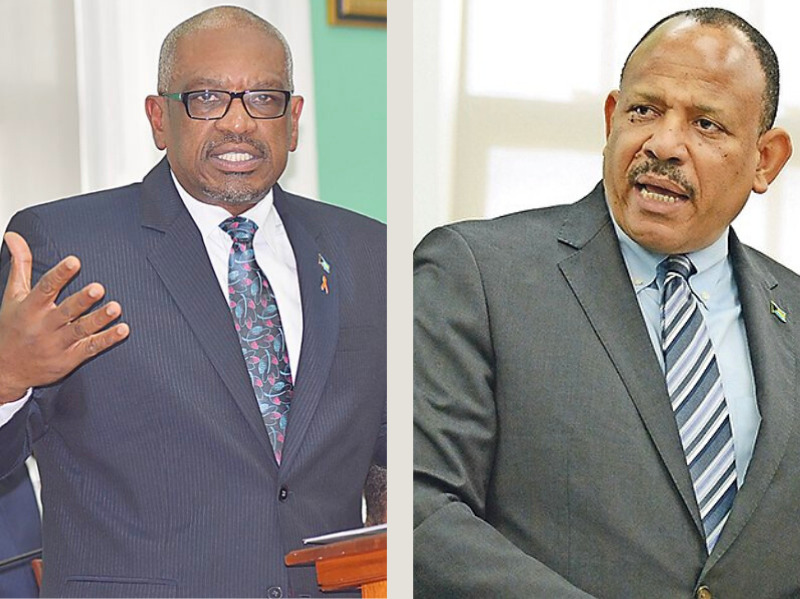 Former Health Minister Dr. Duane Sands is clearly still bitter that the prime minister accepted his resignation in May for breaching protocol.

Dr. Minnis’ recent decision has been met with mixed reviews with many upset at not having access to beaches as the nation celebrated its 47th independence.

However, the prime minister pointed to several new cases in Grand Bahama and said while there have not been any new confirmed cases for a while, it doesn’t mean that the virus has disappeared.

“It is better to prevent the situation from happening than try to cure it afterwards,” Dr. Minnis said.

We need look no further than Florida’s shores to see an example of what happens when we allow people to congregate on the beach. In fact, state officials were forced to close the beaches because of surging cases.

Globally, there are more than 10 million confirmed COVID-19 cases.

Experts believe the number to be much higher because many people have not been tested for the virus and people can be infected without feeling sick.

However, Dr. Sands, while addressing the House last week, pointed to a document that shows a low to moderate risk of contracting the virus on beaches.

Citing information from a Texas Medical Association chart that ranks activities based on the COVID-19 risk, he noted that going to the bar poses the highest risk of transmission.

The Elizabeth MP says based on the chart, there are greater risks in getting food from a takeout or going to the mall than going to the beach.

I’m not so sure about that. Firstly, I looked at the chart, it says going to a beach poses a moderate risk, but it fails to mention anything beyond that.

International experts say people are unlikely to contract the virus while swimming, but there are concerns once people are on shore.

Many of the beaches in New Providence tend to get overcrowded on the holidays. So, going to many of our beaches is like going to a bar.

That overcrowding is partly due to the lack of access to many of New Providence’s beaches. Luxury developments have kept Bahamians from accessing certain spots, so residents assemble en masse at the usual locations – Goodman’s Bay, Saunders Beach, Montagu and the shoreline in the west, making overcrowding inevitable.

Who is going to stop people from socializing with each other, especially friends and family they have not seen in months?

In some instances, once alcohol gets involved, sound judgment goes out the window. In addition to that, there are people who are still going out without a mask.

Would His Position Be The Same If He Were Still A Minister?

One can only help but wonder if Dr. Sands would have offered the same reasoning or would have even highlighted that Texas Medical Association chart if he were still occupying his position as health minister.

This is the same man who stood side-by-side with the prime minister and urged Bahamians to take this pandemic seriously.

“Understand that the decisions that are being made are being made because of the peculiar reality of The Bahamas and Bahamians. So, we have to exaggerate the measures, the public health measures if we want fewer people to die or fewer people to suffer,” he told reporters in an interview while sitting as the minister.

There is no vaccine, people have died from this virus and The Bahamas cannot afford to have a massive infection on its hands.

The Resignation That Started It All

Dr. Sands tendered his resignation in May after it was revealed that six American permanent residents were allowed to disembark a plane with COVID-19 test swab donations despite the fact that the country’s border was closed.

It was especially controversial because the total number of passengers turned out to be higher than originally reported. In addition to that, many Bahamians were stranded abroad and could not return home.

He acknowledged that he acted outside the scope of his authority and accepted responsibility for breaching protocol.

In a later interview with The Nassau Guardian, he gives a detailed behind-the-scenes account of just what transpired. I encourage readers to read that article, as it points to other ministers who played a role.

Since then, Dr. Sands, who has also publicly declared that he aspires to be prime minister one day, has broken ranks within his party, the Free National Movement (FNM).

He recently criticized the government’s handling of Hurricane Dorian, stressing that it did not properly handle the identification process of those who died or went missing.

He hit out at the government repeatedly saying the government’s credibility was hurt by its handling of the matter. What he failed to mention is that he was a cabinet minister when all of this was going on and he said nothing.

Let Your Conscience Be Your Guide

While many will argue that he was constrained by the Westminster system there was nothing to stop him from stepping down if he was so deeply troubled.

Speaking of the Westminster model, the public needs to know that there is such a thing as collective responsibility. Ministers are bound by the decisions of the cabinet even if they had no part in the decision. So, it is possible that he disagreed with decisions.

But, again, if it troubled his conscience, he could have stepped down. He chose to remain firmly planted in his seat.

Over the years, Bahamians have said that they want a leader who makes tough decisions, even if those decisions are unpopular. Dr. Minnis has obliged. So, what’s the problem?