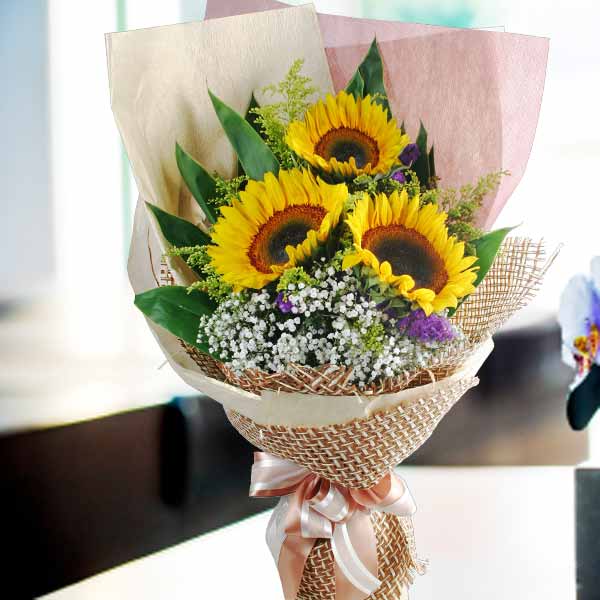 Your Man Wants To Be Wined And Dined, Too!

I have to admit, I feel a certain type of way about women who claim they want equality, but balk at the chance to treat the men in their lives the way they want to be treated.

As a woman, I enjoy receiving flowers, being dined at great restaurants and getting nice ‘just because’ gifts. That makes me feel special and loved. I enjoy that feeling. I also like to make others feel the same way, especially if you’re my man.

Back when my husband and I were courting, he bought me flowers often. Sunflowers were my favorite at the time, so it was not uncommon for me to come home and see a gorgeous bouquet waiting for me. I remember being out and passing some flowers that reminded me of him, so I picked up a few and brought them home to surprise him.

A few of his guy friends were at our home at the time and some of them laughed at the gesture. But, my husband, very secure with his manhood, quickly put them in their place. He was proud of his girl and he didn’t care that a few haters found it weird.

I grew up in a single parent home with a mother that was very self-reliant. She didn’t depend on a man for anything and she passed that belief system down to her girls. She was also fair. My sister and I inherited that gene.

It’s not beyond me to pick up the tab from time-to-time. I mean, why wouldn’t I? It’s only fair.

I have gotten into explosive arguments with many women over the years, some of them friends, others colleagues. They refuse to dig in their purse to pay for their boyfriend or husband.

They believe that it is the man’s job to pay. Every time. In fact, many of them said they didn’t view him as a real man if he allowed his lady to pay.

I want my female readers to really think about that for a minute. Imagine that the roles were reversed and you were dating a man who expected you to pay for meals and gifts each and every time. What would you think of that man? Would you stay with him? I mean, not once does he pick up the check. What would you do? Well, this is the scenario that many women place men in every single day. Yet, they get angry when a man expects sex. Why would he not expect sex? You’re allowing yourself to be bought, not courted.

A good male friend of mine once famously said that if a woman wants him to spend all of his money on her, she is immediately placed “in the red” and now owes him sex.

I’m not saying that a woman should ever feel pressured to have sex in exchange for a few dinners. That should never happen. But, I am telling you that there are men out there who will expect it.

I don’t care how tough a man is, he wants to feel special, too. Even if he’s not the type of guy to allow you to pay for dinner, he might appreciate you offering or at the very least, ordering less expensive items on the menu. Go a step further and offer to leave the tip.

Don’t get so caught up in these defined gender roles that you neglect the person you love. Men want to feel respected, appreciated and celebrated. So, go ahead and surprise your man with flowers at work or take him out to dinner at a nice restaurant. If your boyfriend has had his eyes on a nice watch for a while, buy it for him. He’ll be eternally grateful.

Even if your relationship doesn’t work out, you would have essentially made it ridiculously hard for another woman to take your place. You will be the standard.

I leave you with a quote from American author, H. Jackson Brown Jr., “don’t forget, a person’s greatest emotional need is to feel appreciated.” No man will ever feel appreciated if you allow him to take his hand off of yours and constantly place it in his pockets.