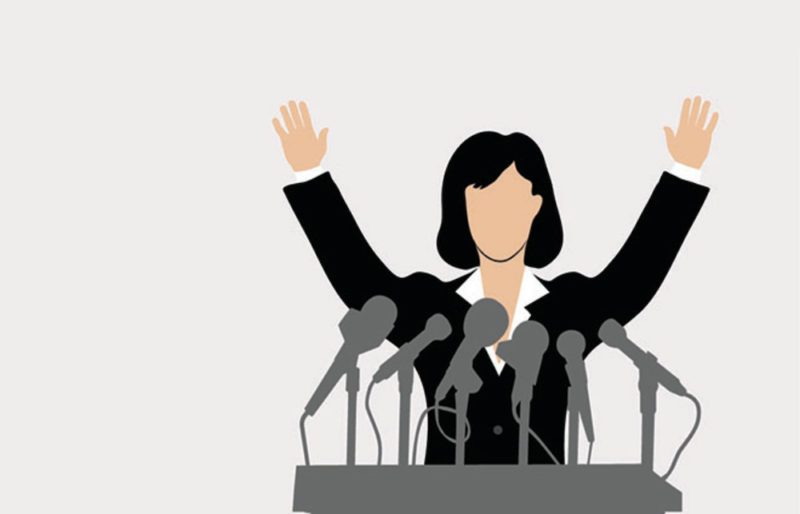 We Must Insist Women Play Key Role In 2022

Hearing Loretta Butler-Turner admit that female politicians don’t receive the same level of respect as their male counterparts regardless of what they bring to the table didn’t surprise me at all. But, it sure did hurt to hear it nonetheless.

The former Opposition leader, who has experienced firsthand what life in politics is like and just how brutal it can be, said voters would rather have a man over a woman even if he isn’t the ideal candidate.

Butler-Turner was a guest on the Eyewitness News program, Beyond the Headlines with Clint Watson.

“We have more than 50 percent women that make up our general population and we have less than 10 per cent representation in Parliament and even less than that around the Cabinet table,” she said.

The Stats Are Embarrassing.

In fact, in 2012, international election observers from the Organisation of American States (OAS) recommended that more women participate in frontline politics. At the time, only 22 of the 133 candidates who ran in the election were female – a mere 16.5 per cent. Pitiful.

Even Progressive Liberal Party (PLP) Leader, Philip ‘Brave’ Davis admits that the number of women in parliament has been “dismal.”

He says his party would take the necessary steps to improve those numbers and even promised that his party’s slate would be made up of 30 to 40 per cent female candidates.

I appreciate his plans, but without knowing just who will step forth to offer to run, it may be unwise at this time to quantify just what percentage of women will form his team. But, I give him credit. At least he’s making an effort.

But, ratifying candidates is one thing. Voting for them is another.

While The Bahamas’ next election may be three years away, now is the time for women to step up and resist the urge to play side characters when the main role is calling to them.

Women Must Encourage Women And Vote For Them

More importantly, it’s time for female voters to encourage these women to enter frontline politics and make a commitment to vote for suitable candidates.

Bahamian women have traditionally set the bar extremely high for female politicians. While some voters have no issue with women serving in parliament, it seems some of them are more comfortable when those politicians are serving in supporting roles.

Women have been integral in grassroots organizing, raising money for political parties, holding registration drives and ultimately voting. But, they just can’t seem to get it together when it comes time to vote for one of their own, unless they are going up against another woman.

Whenever a woman steps up for leadership roles in political parties, sexism and a sickening spirit of chauvinism rear their ugly heads. Sadly, the sexism doesn’t just come from men. In many instances, it’s the women that lead the charge.

We have seen evidence of the way a confident and outspoken woman is treated. Those are the very qualities that we revere in male politicians. But, when it comes from a woman, they are seen as negative traits.

Male politicians can be downright rude, disrespectful and petulant, but the minute a female politician airs her grievances, she is seen as weak or temperamental.

Regardless of your personal feelings about Butler-Turner, there can be no doubt that she was subjected to more personal attacks than many of her male counterparts. Radio talk show callers frequently commented negatively on her family, her physical appearance and her politics. Many critics told her to shut up, sit down and know her place.

Not only is she a woman, but she’s young – under the age of 40; she’s the leader of a third party and on top of that, she is married to a non-Bahamian man with, as the locals say, a “funny-sounding last name.”

In the run-up to the 2017 General Election, Komolafe emerged as a solid candidate. I found her to be one of the most eloquent, well-versed candidates in the field. She understood the Westminster system, the economy and had some forward-thinking plans to advance not only the constituency of Killarney, which she was seeking to represent at the time, but the country at large. She easily outperformed many of her competitors. And this was before she was the party’s leader.

Even though we have women in leadership positions across various fields in this country, for the most part, women still struggle to enjoy the same level of respect as their male counterparts. If they do, they have to be exceptional and the men have to be bad. But, not just bad. Bad bad.

I recently had the honor of interviewing Janet Bostwick, our nation’s first female Member of Parliament and first female Attorney General. She spoke extensively about her time in politics, particularly in the run-up to the 1982 General Election, where she was first elected. She detailed the male chauvinism that she endured.

One thing I will always remember is her saying that many of her critics took great care in telling her that her place was in the house. A few of her witty supporters went a step further, agreeing that Bostwick’s place was indeed in the House . . . of Assembly. Thank God for them.

Sadly, that attitude has not changed, which is why all three of the country’s political parties need to be doing all they can to foster diversity in their ranks and encourage women to step up and offer themselves as candidates. I think the time has come to see more white Bahamian women emerge as candidates as well.

What we don’t want is a quota. I am by no means advocating choosing gender or race over qualifications.

Finally, it’s not enough to give women a seat at the table. We must also ensure that they have a voice.