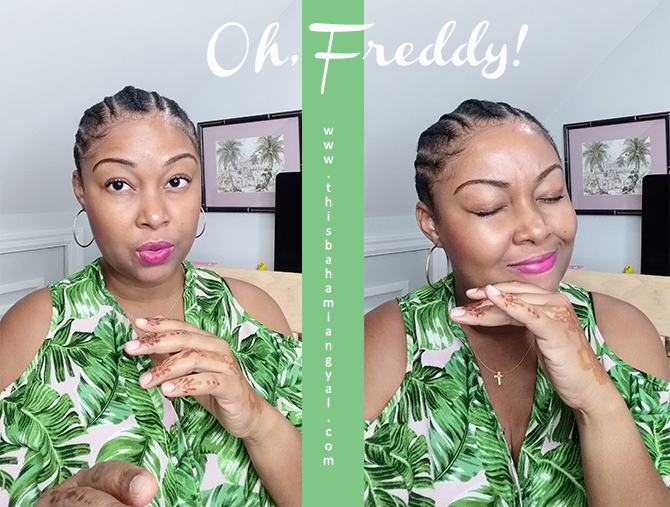 You’ve got to give it Frederick McAlpine. The man sure knows how to stir up controversy. Just when you think he’s vanished into the night for a six-month hibernation, he pops back up reenergized and ready to stir the pot.

McAlpine also knows that two things – if nothing else – will get Bahamians talking: homosexuality and abortion. More so homosexuality.

I woke up to The Tribune’s headline last Wednesday, End The Taboos: McAlpine – It’s Time For National Debate On Gay Civil Unions And Abortion. The first thing I thought was, ‘really, McAlpine? Really? Of all the things going on right now, this is what you want to talk about?”

We’ve got a nation grappling with the fallout from Hurricane Dorian, people missing and feared dead, two economies shattered, tourism numbers projected to decrease 10 percent, the United Nations on our back to stop deporting Haitians, a race to find housing for the displaced and a frightening murder record that is inching towards the triple digits. That’s what we’ve got.

Then, we’ve got McAlpine, who brushed past all of that, to highlight the most pressing matters in his head – homosexuality and abortions. Huh?

I’m all for being forward thinking, but the timing is awkward to say the least, and as Bahamians say, we have bigger fish to fry.

What Do His Constituents Think?

Isn’t McAlpine the MP for Pineridge? The last I checked, his constituents were affected by Hurricane Dorian. In fact, Many Grand Bahamians are still reeling from the storm. Is this their number one concern right about now? Are the phones in the Pineridge constituency office ringing off the hook with demands McAlpine talk about civil unions and abortions? I seriously doubt it. Nope, they have more pressing concerns.

On top of that, Grand Bahama is also dealing with a massive oil spill that has yet to be fully cleaned up. Five million gallons of oil spilled from the Equinor South Riding Point facility as a result of the hurricane. But, McAlpine ain’t checking for no “url” spill. Nope, he’s got more pressing matters to tend to.

I can’t help but question his motives. I wonder if he saw his parliamentary colleague, Reece Chipman getting a lot of press after quitting the Free National Movement (FNM) and felt the need to inject commentary just to make headlines. If that were indeed the case, he certainly got his wish.

For those of you who haven’t seen the story, McAlpine told a Tribune reporter that The Bahamas needs a national conversation about letting same-sex couples enter into civil unions, as well as a conversation on legalizing abortion.

The Pineridge MP, who is also a pastor, says he believes people should be entitled to do both.

“I’m a pastor. I’m liberal in my thinking, yet, I’m very spiritual. I personally don’t support gay marriage, but I think the time is coming when you’re going to have to look at something called civil unions,” he said. “I don’t endorse man marrying man, but there might come a time when people want to hold on to what they have or the things they have had together through joint custody with another person. There has to be a law to protect those people.”

On the topic of abortion, he said, “I don’t endorse abortion, but I think a woman has a right to do what she chooses to do. The church and government got to stay out of people’s bedrooms. I don’t want the government in my house, telling me how to have sex, when to have sex and who to have sex with as long as it is consensual and not involving minors.”

McAlpine sure has a lot to say for a pastor who doesn’t personally support these issues. Most pastors who don’t personally support an issue do not broach such topics and they certainly don’t condone them in any form. Not if they are following scripture. I wonder what other men and women of the faith have to say.

Perhaps he should let those who are not so conflicted lead this charge.

If McAlpine is so concerned about a woman’s right to choose, why is he not meeting with women’s groups and other human rights advocates to advance this cause? Oh wait, I forgot. He doesn’t “endorse abortions.”

We Have A Long Way To Go

McAlpine also claims attitudes toward the LGBTQI community have changed. No, sir they have not. Not in The Bahamas.

There is a younger generation that is cropping up that is exposed to the ways of the world and naturally more sympathetic to the plight of those in the LGBTQI community. However, their sentiments are not the overwhelming majority.

Most Bahamians who read McAlpine’s interview probably didn’t even notice the part about abortions. They zeroed in on three words: gay civil unions. That is what will dominate discussions and expose the vitriol.

And talk about jumping the gun. I don’t know if the FNM MP has heard, but women don’t even have equal rights in The Bahamas. In 2016, the nation overwhelmingly rejected a referendum that would have given women equal rights to men. Admittedly, many voters conflated the issue of gender equality with fears about same-sex marriage, but in the end women got the short end of the stick. This is the mindset we are working with, ladies and gentlemen. But, somehow McAlpine thinks we are ready for a national conversation on these matters.

Let me save the government some time and effort: don’t bother. At least, not now. It’s a discussion that must be had, and admittedly, McAlpine made some strong points that we should not ignore. We’ll have to address it, but not now. We just suffered a major blow to our nation. Let’s at least try to get through this, first.