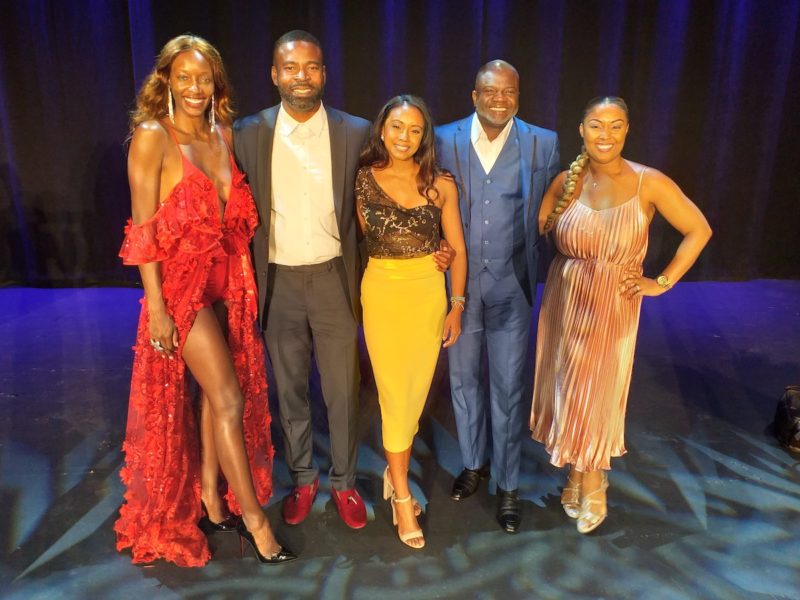 Tarea Sturrup was crowned the 2019-2020 Miss Bahamas Universe Sunday night. She bested 10 other girls to walk away with the title.

Tarea won the swimsuit competition and remained poised and very regal throughout the entire competition. Nyisha Tilus was the runner-up.

This year’s theme was “The Bond Experience” and boy did the organisers put on a show. I was entertained from start to finish.

As a judge, this was one of the hardest decisions I ever had to make. There were 11 women in the pageant. Many were not conventional beauties by pageant standards. Some bore tattoos, many were petite, others curvy, but they showed me and the other judges just why they deserved an opportunity to represent The Bahamas on the world stage. All of the women were highly intelligent.

I was also happy to see Bahamian girls of Haitian descent try to win the crown. Many of them talked about the hurdles they had to overcome, particularly the xenophobia and cruel remarks they had to endure as a result of their ancestry. It was quite eye opening.

As this was my first time judging a beauty pageant. I really didn’t know what to expect, but I do admit I had a lot of preconceived notions about the process.

I thought I would be surrounded by pretty girls with shallow platforms and not much in their heads. I am happy to say that was not the case.

During the interview portion, which took several hours, I got to hear the ladies clearly articulate why they chose their platforms. All of them were for very personal reasons. They dealt with heavy topics like dementia, environment protection, education reform, hypertension and feeling good about your body.

It didn’t feel like the girls put their hands in a hat and pulled out a platform either. They really seemed to care about their topics and had a personal attachment to them.

What I was most impressed with was not only their poise, but how well-spoken the contestants were. I also love how they addressed the recent online bullying many of them had to endure.

Some of the girls were bullied due to their physical appearance. Many of them admitted that it hurt, but said they took that experience and grew from it.

After each interview, the judges would quickly discuss what they liked about the girls. It was mostly positive. So, I commend Miss Bahamas Universe for selecting an incredible crop of girls.

One of the contestants, Roxan Smith, a petite, blonde haired, tattooed beauty talked about education reform and how she thought she wasn’t smart growing up. I plan to do a separate post on this later this week because I think her ideas and thoughts were spot on. I encourage you to stay tuned for that.

Overall, I am proud of all of the ladies and I think the judges did an incredible job.