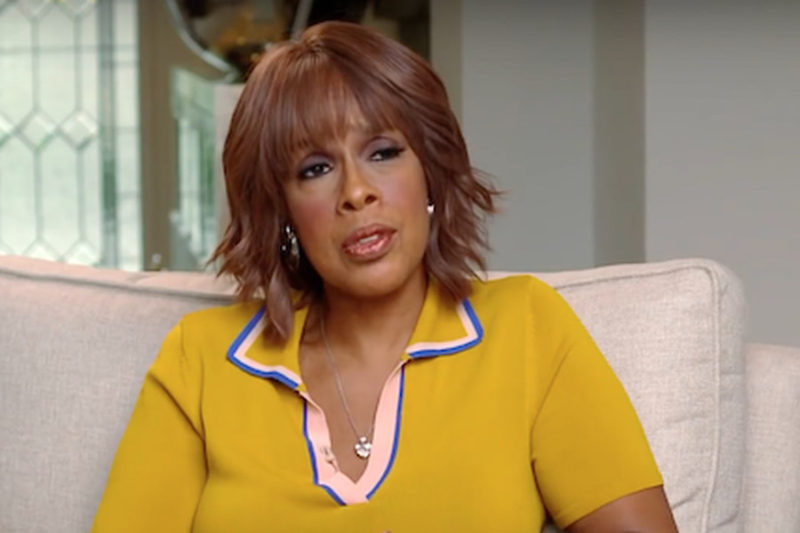 Just a few months ago, Gayle King was on top of the world. She had just finished her CBS interview of R&B singer, R Kelly and all the late night shows, comedians, blogs and everyday people who had once relegated her to nothing more than Oprah Winfrey’s bestie, were now paying attention. They applauded her verve, celebrated her composure and encouraged her to do more hard-hitting interviews. Gayle was king.

Today, that same woman is now on the receiving end of death threats, has been verbally assaulted by celebrities, branded a sellout by some in the black community and has been forced to hire security guards for protection.

It all stems from a recent interview King did on Kobe Bryant, the basketball legend, who died in a helicopter crash this month along with his 13-year-old daughter, Gianna and seven other people. In a clip, released by CBS, King is seen interviewing WNBA star, Lisa Leslie about Bryant’s rape charge.

In 2003, the LA Lakers star was charged with sexually assaulting a woman in Colorado. The case was later dropped because the accuser didn’t want to testify. However, she filed a civil suit against Bryant, who issued an apology and reached a settlement.

What viewers didn’t see in that clip was the overall interview that discussed Byrant’s legacy, philanthropy and his sense of humour.

Since the clip aired, people have been making disparaging comments about King’s physical appearance and her personal life. She has been “dragged” as social media commenters typically call it.

There are many people questioning the timing. Why now? Why didn’t King bring up Bryant’s past while he was alive. But, when would that have happened? When he retired from a 20-year career? When he won his Academy Award? When he opened an academy for little girls who wanted to play basketball? The truth is, there would have never been a perfect time to bring it up. But, bringing it up following his death is fair game.

Bill Cosby and R. Kelly have both had enviable careers. But, if they were to die today, their pasts would definitely be highlighted. And, that too, would be fair.

Bryant was a gifted basketball player. He was a smart businessman. And to many, he was the perfect dad. But, he was not infallible and he certainly was not God. Perhaps Bryant’s rape case is a footnote in history, but it is part of his history and always will be.

King’s decision to ask Leslie about Bryant’s past was fair game. In fact, I would have been shocked if, during an entire interview on his legacy, she didn’t ask the question.

It was especially timely considering that a mural in Austin, Texas that depicted Bryant and his daughter was vandalized twice this month with the word, “rapist” on it.

Emotions are high right now. Longtime fans, friends and supporters of Bryant’s are still reeling from his tragic death. They want to hear the good about their hero. Nothing more. But, life doesn’t work like that.

This entire incident has once again highlighted so many things.

Firstly, I have found that society takes great pleasure in tearing down women, particularly black women, who are bold enough to do their jobs. I have seen it happen with local female journalists as well. Male journalists in The Bahamas are seen as hard-nosed, no-nonsense and not-to-be-played-with when they ask the tough questions. They are respected. However, when a female journalist does the same, she is torn down and has her private life thrown into the public domain.

Secondly, we see yet again that people are simply incapable of disagreeing with someone civilly. It’s something I have spoken about in this column repeatedly. People are certainly entitled to their opinion. But, tearing someone down because you don’t agree with their opinions or actions is never helpful. In fact, it’s destructive.

Thirdly, to hear men and women reference Bryant’s Colorado accuser in such a derogatory way, even all of these years later, was disappointing. No one but Bryant and his accuser knows what happened that night. But, if what she said happened is indeed true, it would explain why so many women are reluctant to come forward when something happens to them and it involves a high profile person.

A friend of mine shared an excerpt of a social media post that I thought was so spot on that I’d like to share it. The post, which responded to the backlash said: “ . . . Even if you saw the full Lisa Leslie interview, you can’t objectively get over the fact that King’s job requires her to ask uncomfortable questions.”

“The level of vitriol, anti-blackness, misogyny and assumptions (masquerading as facts) that I saw on my timeline this week was deeply disturbing and a completely overblown reaction to what actually happened.”

For Bryant’s fans, and I happen to be one of them, I could certainly understand their hurt and disappointment. Even King admitted that the interview, presented out of context, is “jarring.” But, does it rise to the level of calling for the journalist to be killed or hurt? No, of course it doesn’t.

This Is Not What Kobe Would Have Wanted

I have watched Bryant’s interviews for years and marveled at his unflappable nature. I have always found him to be very rational, cool and most importantly, professional. I am not sure that a man who repeatedly stressed that he supports and loves women would condone people like Snoop Dogg disrespecting King.

Critics say this moment will hopefully teach King to be smarter about what she says and does. I still don’t understand those comments. She did her job, which is what is expected. I hope she continues to move forward and not be intimidated by public opinion.

Some humans are fickle. Next week, they’ll love her again.